Want to see how Technics turntable embassador Angelo from works1200, who  refurbishes old and dirty beloved decks and brings them back to live with customized bodys and new parts, took this to THIS… click here

Freak of the Week

Digging For Gold In California

I’ve just returned from a trip to San Francisco and Los Angeles visiting friends. You know I had to go h.a.m. on the record shopping! Check out my finds (many of which were on ‘the list’ for years). I definitely struck gold!

The majority of my digging was at Amoeba (both San Francisco and Los Angeles locations) as well as stops in LA’s As The Record Turns, Record Surplus, and SF’s Grooves and Groove Merchant.

You may recall that Prince began actively using Twitter earlier this week. On Friday, he shared the insane and incredible cover art for his single, “Breakfast Can Wait”, as Consequence of Sound points out. It features the comedian Dave Chappelle, and was inspired by Chappelle’s impersonation of Prince on his show, which you can watch below. Prince also shared an excerpt from the song, which is available in full through his website.

Do you think he’s going to charge licensing fees for RTs?

By Carrie Battan for pitchfork

Prince, the artist formerly known as distrustful of the internet, has come to the dark side. As of last night, he’s now an active user of that thing called Twitter, posting messages from theaccount of his group 3rd Eye Girl. His approach thus far is that of any self-respecting Twitter user (just kidding, no such thing): part self-promotional, part funny. My favorite is, “1st selfie #selfie” which just links to a photo of smoke. Now we just need to get Jennifer Lawrence signed up for this thing.

At one point he also posted a new live video titled “Let’s Go Crazy Reloaded”, but it’s since been removed. But he went on to post a snippet of a 3rd Eye Girl Song– check out “Groovy Potential”:

Posted in New Releases, This Day In Music History

World’s Largest Record Collection is Worth $50 Million; No One Wants it for $3 Million

If you’re looking for a sign that we live in a digital world that cares not for the physical manifestations of our analog past, you need only look at Paul Mawhinney’s record collection. At over 3 million records, it’s the largest in the world. He’s trying to sell it due to his advancing age and health problems. Unfortunately, as he puts it, “no one gives a damn.”

Paul’s been building his collection for most of his life. He used to run a record store, and while running it he never sold the last copy of any album or single, instead keeping it for his archives. Over the years, those really added up. Now, at an advancing age, stricken with diabetes and legally blind, Paul wants to sell the collection. It’s been appraised at about $50 million, but Paul is asking a mere $3 million. He’s had no serious offers, and an eBay auction back in February fell through. In a time when you can access pretty much whatever music you want online, hard copies of albums are declining in value, both monetary and sentimentally. But to see such a mindblowing collection as this sitting in a basement, unwanted, is really heartbreaking. This is historic, no matter that we live in the iPod era or not, and it belongs in a museum. If only one cared enough to buy it. [World’s Greatest Music Collection via Nah Right]

Surely the best thing about traveling the world is finding all the best record shops, right? I’ve been fortunate enough to have been through a handful of these…

The world-renowned Amoeba Records lives up to its hype. With a frequently changing stock of new and used media, you can basically get whatever you want here. Oh, and did I mention that it’s gigantic? The entire store is 24,000 square feet and houses over 100,000 CDs, vinyl records, cassettes, DVDs, laser discs, and more.

Just this past week I was fortunate enough to do some serious digging at BOTH the SF and LA Amoeba locations. It was my first time in San Francisco, but now my third time through the legendary Hollywood staple.

Posted in Diggin' In The Crates, Lists

Posted in In Rotation, New Releases 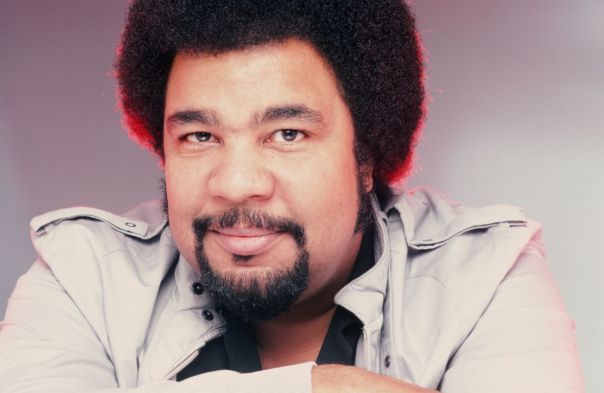 George Duke, the Grammy-winning jazz keyboardist and producer whose sound infused acoustic jazz, electronic jazz, funk, R&B and soul in a 40-year-plus career, has died. He was 67. Duke was being treated for chronic lymphocytic leukemia.

George Duke personified the ultimate in straight ahead smooth jazz and The Funk!

Great funky remix of Mayer’s Her Favorite Song of his new record. Heard this last night had to immediately take note.